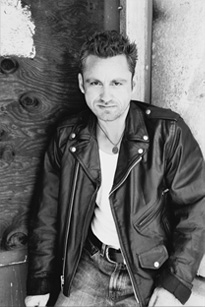 At around the age of six, Dhillon received his first piano lesson conducted by a French-speaking music teacher in the family home in Luxembourg. At age eight, Dhillon and his family moved to the United States, landing in Westport, Connecticut where Dhillon continued his piano studies at the Westport School of Music. After several years of training and classical piano recitals at the school, Dhillon was presented with the Judith Cavanaugh Award for outstanding musicianship. As he entered his teenage years, Dhillon found himself more and more drawn towards pop and rock music and he eventually added guitar lessons to his musical training.

Upon entering college, Dhillon set aside his instruments, but occasionally participated in poetry readings, sharing original works crafted between his studies. When he subsequently entered law school, Dhillon set aside all creative endeavors while earning his J.D. After graduation and completion of the bar exam, Dhillon immediately purchased a keyboard and digital workstation and continued his music studies with a professional rock composer.

The songs on The Temple were written over a seven-year period and reflect a specific and major transformation in Dhillon’s life. The album also contains a highly acclaimed version of the song “Solsbury Hill” by Peter Gabriel, featuring live cello tracks and prominent vocals to highlight the authentic nature of the lyrics.

In 2004, Dhillon’s album caught the attention of multi-platinum award winning producer and musician, Marcus Barone. Marcus has previously worked with major recording artists and bands, such as Whitney Houston and Lifehouse, and spent over ten years as the executive in charge of music for Columbia Tri-Star and Orion Pictures, placing over 260 cues and songs in the commercial medium. What began as a simple meeting to remix tracks for film and television placement quickly grew into a creative collaboration resulting in a newly produced version of The Temple with more lush arrangements, a brand new song, and a special duet featuring Los Angeles-based artist Lily Wilson. Since completion, two tracks have been selected for feature films (Window Theory, release March 2005; The Mammoth Falls, scheduled for future release) and two additional songs have been placed on special compilations and utilized by television executives for commerical cues. 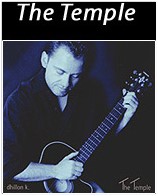